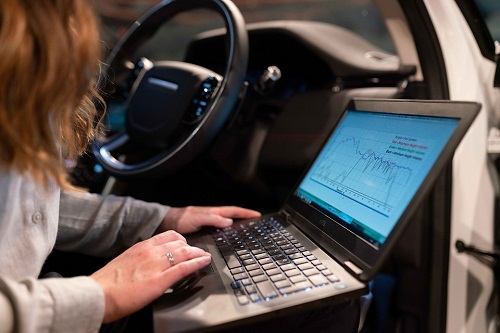 Even at 30 years old, it’s not too late to become a coding professional. Regardless of your current age, you can simply sign up for an introductory course in coding on various free online platforms to get started. If you have set aside a budget to pursue software engineering as a career, consider signing up for a paid introductory course on websites such as LinkedIn Learning, Codecademy, Udemy, and Skillshare.

In addition, you should also commit yourself to immersive training programs or “boot camps” that can prepare you for a software engineering job in a few months. These are very helpful programs offered in certain universities and other learning institutions. Remember, a basic software engineering degree will take about four years to complete.

Is 30 Too Late To Become A Software Engineer?

There is no age limit to getting into programming or becoming a software engineer. We are all motivated to learn how to code, which is true across all ages and demographics. And some coders like to think creatively, so they want to work in a field that allows them to do that all the time, every day!

Maybe someone in your family wanted to get a new hobby — and coding seemed like a good idea! Typically, people who are above 30 don’t need a good reason to start learning to code; they just need to be motivated to do it. We’ll show you the basics of what you need to know to start programming when you are above 30. We’ll also give you some brief overviews of some of the most frequently used programming languages.

Does Age Matter in Software Engineering?

We are often made to believe that young people are tech-literate digital natives, and it’s impossible for older people to keep up with them. Think about it: how many times have you heard someone call on another person to help with a computer problem or complain about the troubles of modern life? These common stereotypes are dangerous — they actually hurt older people and threaten their progress in life.

They often disenfranchise and undermine the very people who are extremely wise and experienced in our societies. Thankfully, many adults live good lives despite their age, and some people become more intelligent as they age. Even at 30, don’t allow stereotypes to stop you from pursuing software engineering. It is entirely possible for older people to learn how to program.

In fact, even having tangles in your hair that look like silver threads doesn’t mean you can’t learn how to code. You could become a coder when you are fifty or even later. It’s worth noting that as of 2017, 1.3 million of the 45 million members of the online programming community Codecademy were 55 years old or older. Programming or software engineering for older people is possible; it would be an enormous mistake to suggest that it is not possible.

Before beginning your journey to becoming a software engineer at 30, you’ll need to identify what drives you and what your goals are. Here are some of the most common reasons older people gravitate toward learning to code.

You don’t have to develop an interest in coding only because you want to pivot your career! Don’t worry; you can still learn how to code to get the right skills to personalize your personal project, such as building a website or developing an application.

If you really want to play around with different projects and not commit to any specific technology, a budget tracker project is a great way to start. Choose a project you enjoy working on — but make sure that it is something you plan to work on for much longer than an afternoon. It’s fun to learn new skills and enjoy doing something you enjoy, but you should not become bored while doing that.

As the economy is driven by technology, it’s only natural that programming or simply coding would become a central part of our lives. Software developers will see their jobs grow by 21 percent between now and 2028, which is more than four times the rate for all other jobs. But regardless of your career goals, coding will soon become an essential skill for virtually every position in a company.

Many industries rely on software to manage their processes, and companies around the world use big data to help them communicate with their customers. Today, everything from marketing and customer service to finance and health care all relies on digitized things and computer programs in some small way. It’s no secret that being able to code is vital for any job holder — no matter how old you are. However, it can be difficult for people who are older to get a job as software engineers because some employers tend to think they are slower and cannot learn new things.

After spending some time learning HTML & CSS, you can get lucky and be able to land your dream job as a software engineer even at 30. Therefore, you should never allow outdated stereotypes to keep you from achieving the career that you’ve always wanted to do. You can also consider pursuing some technical training to become a CSCS certificate teacher. In other words, coding allows many other professionals to work for seniors and older people, so don’t let cynically-motivated stereotypes keep you locked out!

Many people find that learning to code can be as rewarding as doing some brain-teasing puzzles or other mentally stimulating activities you can do while having your coffee. It can even help them to feel better about themselves. There is nothing bad about having a hobby or even just having fun coding programs. Many new coding trainees have come to realize that learning to code is as important as learning to speak a new language. It isn’t as though you are doing a lot of heavy lifting or doing things that require you to move your body — but learning to code can actually help you stay mentally healthy.

We think that coding can help you stay sharper and more active for a long time. Code training can help you become more mentally healthy and help you to use otherwise untapped cognitive abilities. Some studies show that having a higher education is generally related to being able to function well later in life. In your lifetime, if you regularly code, you could have better mental health.

Are you planning a career switch to become more technically oriented? You’ll need to know which languages most companies are looking for in order to qualify for those positions. While 1 in 5 hiring managers in the U.S. are willing to hire individuals with no prior coding language experience, many employers prefer those with language proficiency. Most developers want to know how to write code that runs on a particular language, such as JavaScript, Python, Java, C#, and C++.

Listed below are some of the most popular programming languages that both professionals and hobbyists use. Remember that what you choose should be in line with your own development goals and your own expectations.

JavaScript allows developers to write custom scripts that allow them to write dynamically generated web pages. It’s amazing what JavaScript can do because, without it, web pages would be completely unreadable for those trying to click on buttons, hover over images or otherwise interact with the site. JavaScript is what makes web pages flashy and adaptive to the devices of various users. Every function you take for granted, including animated maps and animated graphics, is likely possible because of JavaScript. JavaScript is commonly used with two other languages: HTML and CSS.

Python is used mainly for behind-the-scenes business logic and data science. It is a simple programming language similar to JavaScript. Python is very easy to learn, and being syntax-light makes it ideal for people who don’t yet have much programming experience. Users may be able to import more advanced features into their programs by incorporating bits of code written by other developers. This programming language is the most common in machine learning, and it is used to create reusable applications and to create a unified user experience.

Java is actually one of the most widely used programming languages in the world. When programming in an object-orientated language, programs are centered on the idea that “objects” are codes that have attributes and behaviors that are unique and can act independently of each other. Java was created in the 90s as a programming language that could be used with any system — meaning that no matter what operating system is running, Java code could be executed by any device — including desktops and tablets. Java is used in everything, from game consoles to mobile apps to database apps to device drivers.

Even at 30, you can take a bachelor’s degree in software engineering at a university, and it takes around three to four years to graduate. Software developers are on the rise, and the number will increase over the next decade. According to the U.S. Bureau for Labor Statistics, software developers are expected to grow by 22% through 2029. Only 47% of software developers have a bachelor’s degree; 69% say they are partially self-trained. If you code as a hobby or know the basics of a programming language, you can land a job that will provide you with a good income.